Minecraft is one of those games that almost all parents will be aware of, even if your child isn’t yet playing it. The name and logo are ubiquitous, appearing on t-shirts, lunchboxes, and bags of children all over the UK.

It’s currently the best-selling video games of all time and played by kids the world over, If your 11 year old hasn’t played it yet, chances are they they have asked you… and with that in mind, just how suitable is Minecraft for 11 years old, and is it ok for them to play online?

In this short guide, we will explain what content Minecraft contains and whether it’s ok to let a 11-year-old play Minecraft without parental supervision.

Is Minecraft suitable for 11-year olds? Minecraft is rated 7+, which means that the game has been classified for kids from the age of 7 upwards so from a ratings perspective Minecraft is ok for 11-year olds. The PEGI system classifies a 7+ rating as a game that contains non-realistic looking violence towards fantasy characters.

Based on the age rating and the feedback of parents around the globe, Minecraft is ok for 11-year olds, but as with any decision on media, the final say should be your own decision as a parent.

You will also need to make the distinction between which version of the game your 11-year-old is playing. For example, they can play in single player mode which doesn’t require them to go online. Playing in this singular environment is perfectly suitable for 11-year olds.

Minecraft can also be played online in a multi-player environment. This might be where you want to exercise more parental control.

There are a number of options for online play, with the one you are probably going to be more at ease with being when your child plays just with their friends. They are able to communicate via text chat, and possibly with voice if the audio functionality is enabled.

Then there is the ability for kids to connect to Minecraft servers. This means your child is able to access worlds created by other players online and enter a Minecraft world with other people.

Many of these Minecraft servers are set up by the popular YouTubers, so it’s likely your 11-year-old will ask to be allowed to join them. With these public servers, anybody can join in and play.

Whilst most of them are policed extremely well by the administrators, with certain words and actions being blacklisted, there have been instances where some players can be aggressive in their play and words to others.

Usually this is nipped in the bud very quickly, but it’s something to be aware of, and you can read more in our guide to whether Minecraft servers are safe for kids.

To have peace of mind, many parents of 11-year olds will only let them play on Minecraft servers that are deemed to be kid-friendly and have been whitelisted. Whitelisted means that only approved users are allowed to join, and many of these kid-friendly servers will require a parent to apply for their child to join.

One of the most famous kid-friendly Minecraft servers is Autcraft. It was originally setup for autistic children to play on, but these days any kid can join providing their parent’s application is approved and they follow the rules.

To read more about kid-friendly servers that are ok for 11 year olds, read this guide on the BrightPips.com website.

Our Minecraft courses for 11-year olds

You can also look at enrolling your child into a virtual Minecraft course or at a summer camp. All of our courses also include an online safety module.

Currently we have the following virtual classes:

Another consideration is how advanced your child is. For example, if they are way ahead of what’s being taught in schools, or just appear to have a passion for coding, then you might want to consider getting them started in coding.

FunTech offer term-time classes for 11-year olds as part of our Tech Academy. Kids can progress through a set of modules and courses until they progress to our Coding Academy.

Kids who complete the FunTech Coding Academy courses will often go on to take a GCSE and A Level computer science exam earlier than they would in school or college.

Is Minecraft good for 11-year olds?

Because of the seemingly endless creative freedom Minecraft allows you, many people say that it can be a useful tool to allow children to develop both creative and practical skills by playing it.

In fact, we recently published a blog post which spoke about how Minecraft can be good for 11-year olds in helping them develop a later career in life. You can read that here.

In fact, some schools in the UK have even used Minecraft in order to make learning more engaging for kids who love technology.

But what about the game itself? It is understandable to be concerned about the content that your child is being exposed to, with some popular video games being incredibly bloody and violent.

While real-life violence is very rarely attributed to playing violent video games, it is a valid concern that your 11-year child may get scared of or desensitised to the violence on-screen.

Thankfully, while Minecraft does contain some light combat, it is a very bloodless and optionally pacifistic game. Monsters such as zombie and skeletons can generate (or ‘spawn’) into the game world to attack the player, as well as the well-known Creepers which sneak up on you and explode.

To fight these monsters off you need a sword, shield or a bow and arrow to kill them, whereupon they will disappear in a puff of smoke and potentially leave some useful materials such as arrows, bones, zombie meat or even TNT that can be used in crafting.

When attacking these monsters, heats come away from them instead of blood to show that damage has been taken without showing actual bodily damage.

If you are still concerned about your 11-year-old taking part in any combat, this is easily done by changing the difficulty in the game settings to ‘peaceful’. The peaceful difficulty prevents any monsters from spawning into the world and allows the player to regain health bars that stops them from dying if they take any damage from falling or eating anything poisonous.

Peaceful mode still allows you to kill creatures such as pigs, cows, sheep and chickens, which drop meat, leather, wool and feathers when killed. Killing animals for meat in the game isn’t compulsory though, as there are lots of fruits, vegetables and other foods that can be easily grown and eaten to regain health.

If you are still worried about your 11-year-old playing Minecraft, then there are ways you can purposefully tailor the experience of the game to best suit your child.

Before starting a new game, you can lock the ability to change the level of difficulty within that game. This means that if you set it onto ‘peaceful’ your child cannot change the difficulty in the middle of the game. This peaceful setting, as previously mentioned, prevents enemies from spawning into the game and also prevents the player from taking damage from falling from high places or starving if you forget to eat.

Additionally, when signing up for Minecraft the site will ask for your age. If your child registers their real age and they are below 13 then certain features such as making in-game purchases through their account or changing the settings from within the game.

For more information, take a look at our Minecraft safety guide for parents. 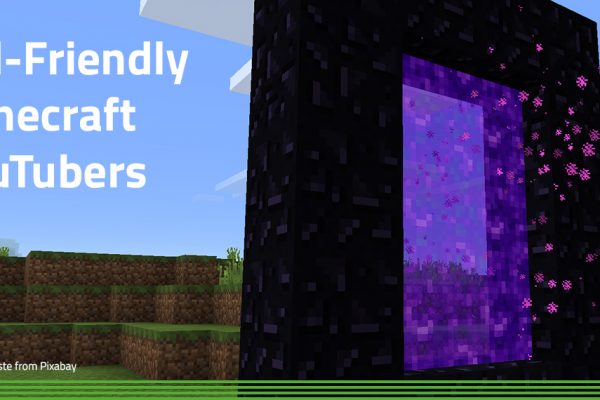 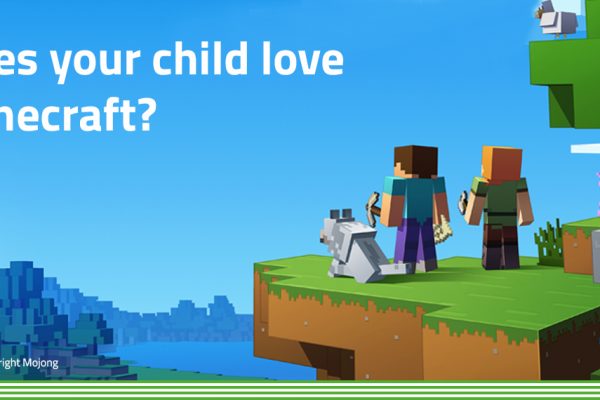 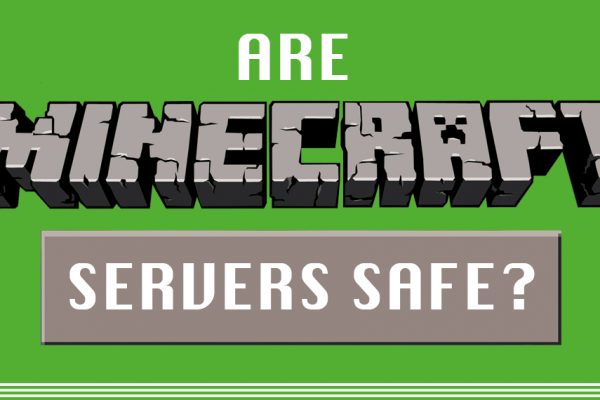 Are Minecraft Servers Safe for My Child?