Many kids will have been playing more video games than usual over the last year for obvious reasons which we don’t need to explain. As parents, this can be a concern, but it is a common misconception that all video games are violent or non-educational.

There are many video games out there that are both educational and provide a suitable age-appropriate environment for young kids, whilst still remaining engaging.

In fact, many titles are now built from the ground up specifically with children in mind as their target audiences, containing themes and ideas that can help them to think outside the box and learn.

Furthermore, by introducing our children to educational video games such as these, we may be able to curb the number of hours they spend consuming non-educational content or even potentially harmful content.

So, with that in mind, we’ve listed what we believe to 5 of the best educational video games for kids you might want to encourage this year.

And you never know, you might even find yourself enjoy playing these games too, giving you a chance to learn alongside and further bond with your kids!

Scratch is unique in the way that it is not only a tool to teach kids how to program using block coding concepts but is it also a visual programming language in its own right. It’s one of the most educational video games out there for younger kids.

Handy Hint: FunTech offer Scratch courses during the school holidays. Currently all lessons are in a safe and secure virtual lesson format.

It uses a clever design and is accessible for children of all ages, but particularly younger ones wanting to get started with coding.

It introduces them to programming within an easy-to-understand and fun environment. As many studies have shown, kids are more likely to pick up on subjects when they enjoy and have fun studying them.

Not many parents won’t have heard of Minecraft. Featuring heavily on the T-shirts and lunch boxes of children all over the world to this day, Minecraft has captured the imagination of millions since it first set the gaming community ablaze around 10 years ago.

As a result, many adults will immediately recognize the blocky and square-shaped characters regardless of whether they have actually played the game themselves.

Although an older title, the game remains extremely popular, with an estimated 126 million users logging in monthly as of 2021.

In terms of gameplay, children can play multiple modes in Minecraft, ranging from survival, adventure, creative and more. They will have to craft tools, team up with friends, build houses, engage in combat (non-violent) and explore the world in order to progress.

Handy Hint: Kids can learn with Minecraft and FunTech in our virtual holiday clubs. See all our online courses currently available to book.

Although Minecraft may not seem educational, it can help kids to learn the importance of working as a team.

Alongside this, it can also kids with their confidence by pushing them to explore new areas, as well as encouraging thier creative sides to flourish through building homes and other objects and teaching them geometry skills through the placement of blocks.

The Professor Layton games are a delightful and whimsical series centered around solving puzzles and other interesting tasks. All of the puzzles featured teach children many different skills, from basic mathematical equation solving, to spatial orientation, to solving logic-based problems and tricky riddles.

These games are specifically designed to get people thinking and are a perfect match for knowledge-hungry and smart kids.

In the first few iterations of the games, children will follow Professor Layton and his apprentice Luke Triton as they attempt to unravel and solve an overarching mystery, meeting many likeable characters along the way.

However, in the newest iteration and upcoming trilogy, Professor Layton is replaced by his equally charming, adopted daughter, Katrielle Layton. Despite this change, the same addictive puzzle-solving mechanics of prior entries in the long-running series remain.

Interestingly, these games also provide a pretty layered and deep story that can appeal to both children and adults alike. However, at times there may be puzzles that kids can occasionally struggle with.

Although most children will be able to push through these eventually, it can be worth helping them if they become stuck. As such, we recommend playing the Professor Layton series alongside your child for a great bonding experience.

Despite the premise sounding rather boring or uninteresting to some, the core gameplay is, in fact, rather addictive and presents a satisfying challenge. Likewise, the game naturally appeals to many children’s aspirations of becoming fully-fledged astronauts when they grow up.

Furthermore, this game features realistic aerodynamic and orbital physics which can be fascinating to witness in real-time for adults. Once children have managed to build their first successful rocket and have launched their Kerbals into space, they can then move on to exploring the solar system, as well as building bases, planes, and rovers along the way.

Kerbal Space Program is a useful tool for teaching your kids perseverance, problem-solving, and planning. However, it is worth noting that there is quite a steep learning curve to this game.

Therefore, it could take your child many hours of playtime before they feel comfortable with the controls and mechanics. As a result of this, this game is usually better suited to kids of 12 and up.

Handy Hint: FunTech run term-time courses for kids who love tech. It’s even possible for children to take a computer science GSCE early with us.

That being said, there are specific game modes, such as sandbox (a mode where every item in the game is immediately available), which are easier than others.

Scribblenauts is a unique word-based video game wherein kids are encouraged to use a mix of problem-solving, logic, and language-based skills to complete its fascinating and varied levels.

If you find this hard to picture, imagine having the ability to write into existence whatever tool you needed to complete a task – this is essentially the whole premise of Scribblenauts.

For example, kids may have to solve a puzzle where the character they are playing, Maxwell, has to traverse a cliff to reach the item needed to progress.

Handy Hint: Kids who learn how to work with logic are ideally placed to start a career in tech. See our latest courses which can give them a further head start.

Using their imagination, they can use almost any means to complete this task, such as magically spawning a trampoline, ladder, or even plane onto the screen – all they need to do is spell the word correctly.

Of course, over time, the levels increasingly become more difficult, requiring kids to think creatively in order to beat them. Scribblenauts is an incredibly engaging game and naturally helps kids with their reading and writing skills. It has won several awards and is very popular amongst parents of gaming children. 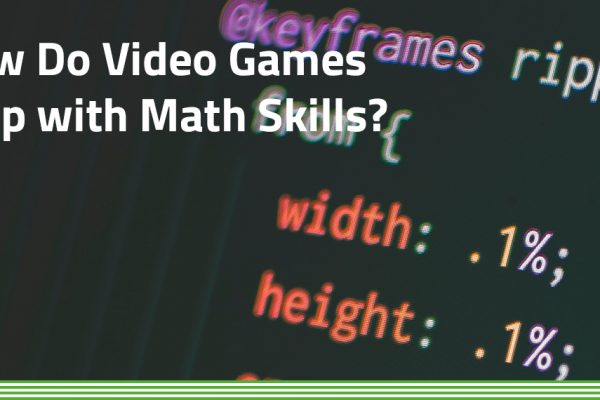 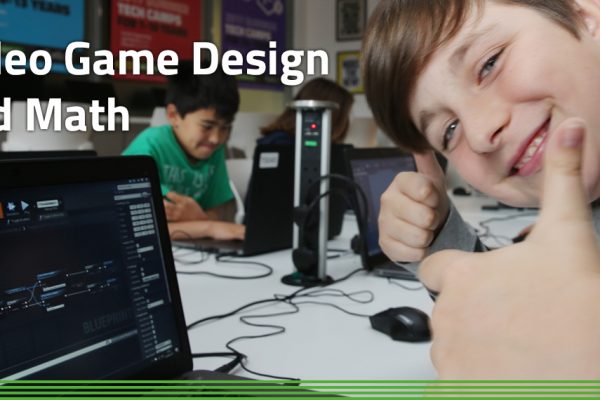 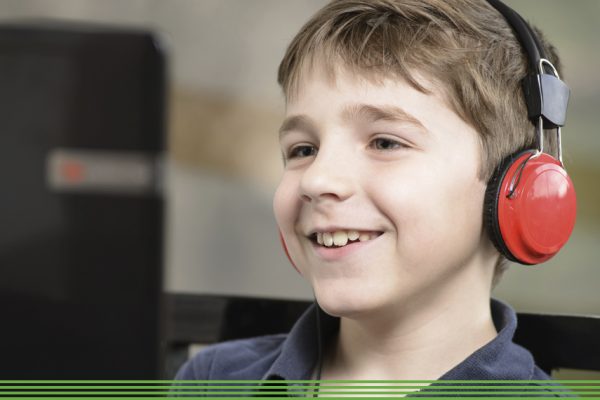 Previous post
Online Roblox Coding Classes for Kids
Next post
How Do Video Game Designers Use Maths in Their Careers?