8 Reasons Why Roblox is Educational for Kids

As a parent, you’ve no doubt heard of Roblox.

It’s a unique computer gaming platform. But did you know that it can also be a great learning tool? From academic to social skills, the games in Roblox and processes behind which children can develop them, could help children reach their full potential.

Read on to find out how Roblox can be educational for your child, and how FunTech is using it to create exciting learning experience.

Roblox is a free platform that provides users with the choice to build video games and other similar projects. It is available on a wide variety of devices, such as laptops, tablets, computers, consoles, and even popular virtual reality headsets.

Inside the game, children can quickly learn how to build levels using Roblox Studio, a clever building tool that lets them manipulate objects and terrain, place items, and enter easy or complex scripts (depending on how familiar they are with coding).

From here, they can then publish and share their creations with other users in the community if they wish to do so. Roblox can teach kids some invaluable skills.

Kids have access to a wealth of user-generated games, many of which are extremely popular and are played daily by thousands and sometimes millions of players.

In general, many of these games are free, however, Roblux does have a currency system (called Robux) and is not shy about allowing entrepreneurial users to charge for the right to play their creations.

Similarly, children can purchase Robux to spend on various colourful outfits and equipment in-game. As a result of this, you should ensure that you are tracking and password-protecting any credit cards you have entered into the system.

How Roblox can be educational for kids

But what exactly is it about Roblox that allows its players to be so creative?

Unlike most other games, which are usually more focused on a linear narrative and a single, driving story, Roblox is primarily about creating and crafting games and environments.

By dropping the player into an open-world environment, the kid is able to not only build structures in the Roblox Studio but also entire games for other people to play.

Those games can then be shared in the Roblox community.

In fact, many people say that games like Roblox inspired them to start making games professionally. It’s a platform that lets kids start with simple coding exercises, offering a great introduction to creative video game design.

Roblox also has an additional studio software, Roblox Studio, that allows for tonnes of creative freedom, giving the player total design control over whatever, it is they are making.

While games like Minecraft allow you to build one block at a time, Roblox allows you to create intricate structures with a few simple clicks, adjusting for size and with a range of colours and textures.

This means that creating is quicker, easier and more complex than simply building a block at a time and allows you to have complete control over everything within the world of your game – and if anything, can really let kids get creative.

Due to the multiplayer nature, co-operation is the name of the game when it comes to Roblox, regardless of what kind of game you are playing.

While playing alone is an option, most players join for the social interaction and to help one another achieve their goals within the game.

This can be through setting up a team to play together through different levels, being ones that you have made yourself or on levels uploaded by other players. Many kids have ended up making good online friendships through social multiplayer games such as Roblox, even if they never actually meet face to face.

While some people set up online teams to go through and complete levels together, another way of playing as a party is by working on creating a world together. Two heads are better than one after all, and with multiple people working on a collective project it will be finished quicker and be a combination of different people’s creative visions.

Through working together to create something like a building or even an entire town, it will help children to develop leadership skills and learn to delegate tasks for efficiency and to utilise everyone’s individual talents.

It can also encourage teamwork, with players helping each other out and offering ideas to improve it that others may not have thought of.

We touched on this earlier, but part of what makes Roblox such a versatile game for people to play is the simplicity of the code that it uses.

Roblox is built using a coding language called Lua, a particular version made specifically for Roblox players to code within the Roblox Studio.

As well as creating through more visual menus, Roblox Studio allows for players to write out and embed their own written lines of code to create and control individual objects. Rather than just walking through a 3D world, through coding the game can interact with the player and allow for specific gameplay styles depending on what the creator wants the player to experience.

The Roblox Studio uses a combination of visual world-building options, as well as pre-set shapes and menus so that a player can build a world without the need for coding scripts.

However, as they explore the studio and grow more confident in building more complex things, they will begin to use small bits of code through the studio’s inbuilt scripter to enable particular parts of the game to do certain things.

Overtime, this knowledge of coding will become more and more complex and allow them to write out full scripts of Lua code.

If your child is particularly interested in coding and computers, learning to code from an early age can be very important for the development of their computing skills.

Like learning a foreign language, introducing them at an early age can mean that they find it easier to understand and pick up as they get older.

Learning to code can be a gateway to many different skills and career paths, including computing, game development, websites and other kinds of online and computer-based work.

In today’s heavily tech-reliant society, learning how to code can be a massive benefit towards thousands of different careers.

As our world today is heavily reliant on technology, being familiar with computers, programs and how both hardware and software work can be a great benefit to many different skills going forward.

Even if your child isn’t necessarily that interested in computers, playing games like Roblox can help develop a number of skills, including typing speed, maths and even creating art.

The unlimited creative potential that Roblox allows the player helps to engage all kinds of different skills that may not have occurred to them outside of the game.

Being confident in using a variety of different bits of software, as well as a good understanding of how to use and operate computers without help is a useful and applicable skill in pretty much every sector of work.

While it is important that your child doesn’t spend all their time on the computer, in allowing them the freedom to use it to write, create and play, it is in fact helping them to develop a fluency with using technology that could very well help them in the long run.

Video games can help to develop logical thinking skills in children and young adults. Schools, places of work and even the army use video games as a way of improving people’s physical and mental reaction times and other skills.

Puzzle solving is a major part of many video games; you have to think about strategy, resources and techniques and much more.

Logic can be learned through Roblox in a very literal way, being one of those games that relies of trial and error to help learn the real ins and outs of the game and how to play it.

Additionally, the coding relies on logical reasoning, as well as testing and experimenting to see what works and what doesn’t.

However, logic is also learned through experiences in playing the game, such as how to get through puzzles, how to bypass certain obstacles or how to complete a certain map.

Being thrown into the deep end of an unfamiliar level is usually the best way of kick-starting your problem-solving skills, forcing you to think outside of the box as well as applying logic to the problems you face.

As a video game allows you to retry if you fail, it allows the player to repeat the stage until they have gotten it right. This means that there isn’t the same amount of peril or risk as there would be in real life, giving the player the best kind of training ground to exercise their critical thinking and logic in a safe environment without any risk to their safety.

Coding and mathematics often go hand in hand, with one often helping to strengthen the other. However, when either are taught within a more academic environment, some kids can become disengaged and easily become bored.

This is why many schools are encouraging kids to play special education-specific versions of their favourite games such as Minecraft and Roblox.

Or, parents will often sign their kids up to summer Roblox coding camps – you can view the ones we run in the UK in our courses section.

Roblox is typically used to help teach coding rather than actual mathematic concepts, but, while there aren’t the more usual equations that you would expect to find when teaching maths, Roblox utilises and encourages the use of mental mathematical calculations that often go on in the back of your mind without you thinking about it.

Whether it is estimating the size of a creation within the studio, how many items you need for a certain task, damage taken by your enemies when in combat or how much certain things cost in the in-game currency, these calculations all need to be made and taken into account when playing the game.

Certain weapons deal certain amounts of damage to an enemy, so you have to know how many hits you will need to get in before they are defeated. This is similar to having to work out change of money on the fly in a shop or estimating something’s length without a tape measure.

There are even games that have been specifically made by players on the online communities that use maths problems as part of their puzzles, or as part of an online challenge.

It is commonly understood that children best learn when having fun, and with Roblox that’s exactly what they do.

If a child is motivated to advance in Roblox, they’ll need to have a good understanding of the written guides that appear on-screen.

If they’re also playing with friends, they’ll need to use the chat function to read and write messages back and forth as part of team play.

After a Roblox session, you might find that your child gets a lot more curious. Maybe they even want to research things for themselves.

Part of the game requires children to overcome challenges. To progress, they’ll need to find hints and tricks to help them.

That could mean online research, such as Wikipedia or YouTube, or even a trip to the local library! Your child will have to analyse it all to find the best information.

It almost sounds like the kind of thing you’d do for a school project or paper, doesn’t it? 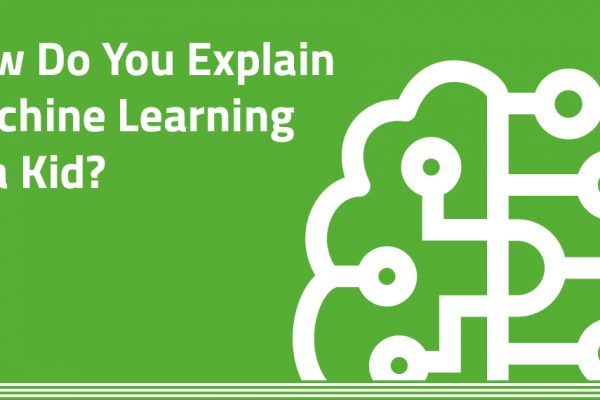 How Do You Explain Machine Learning to a Kid? 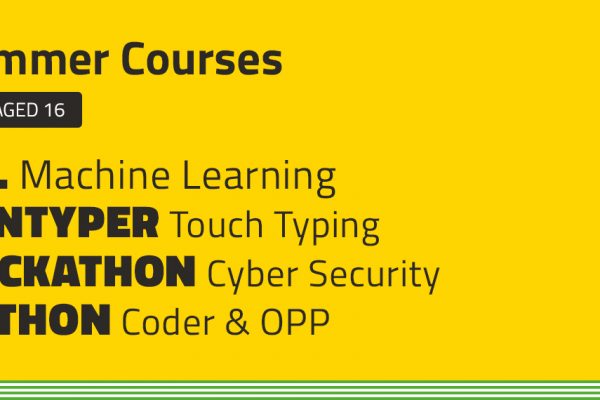 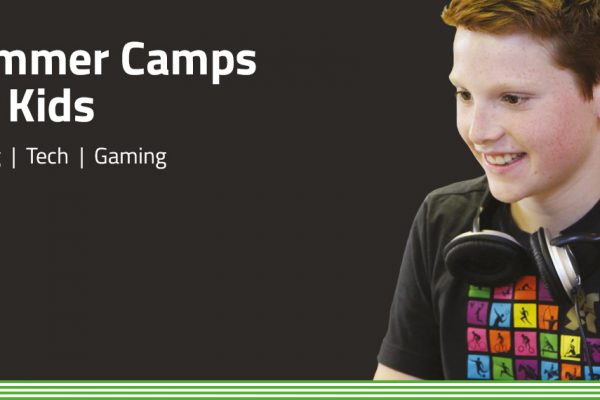 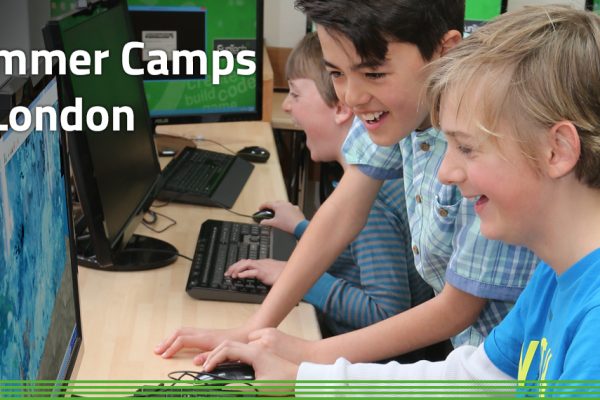